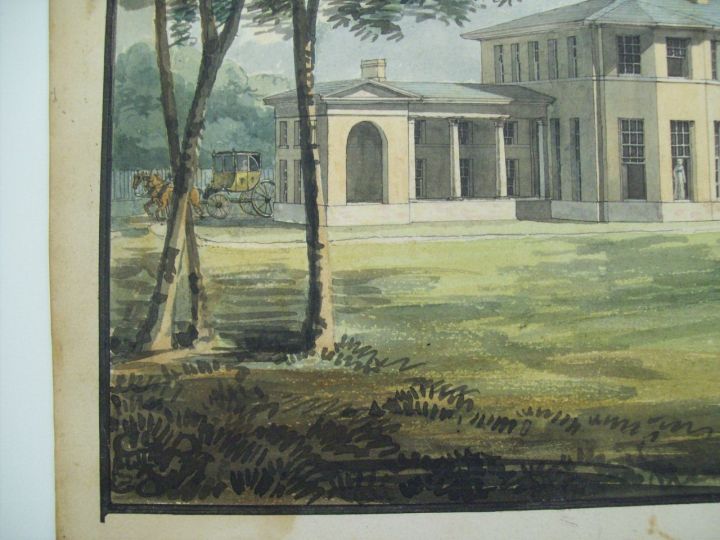 Latrobe made his presentation perspective on the “Clifton” house on this particular piece of ground just come to life.  Just as he had done with previous, important presentation drawings for residential commissions such as the Pennock House or Sedgeley Villa, he depicted the owners of the home engaged in some activity, and even illustrated the same model of carriage from the latter pulled up to the entryway: a Post-Chaise pulled out front with a passenger waiting inside.

The Carriage Museum of America tells me this carriage, called a “Post-Chaise” was driven by postillion and originally built to carry mail in England. They were popular as private coaches in the colonies and Europe, accommodating two passengers comfortably, and allowing for baggage to be placed on the back and the roof for long distances.  It is believed that Colonial Williamsburg has one in use and the Henry Ford Museum has one on display.

One thought on “Matching carriages in Latrobe perspectives”